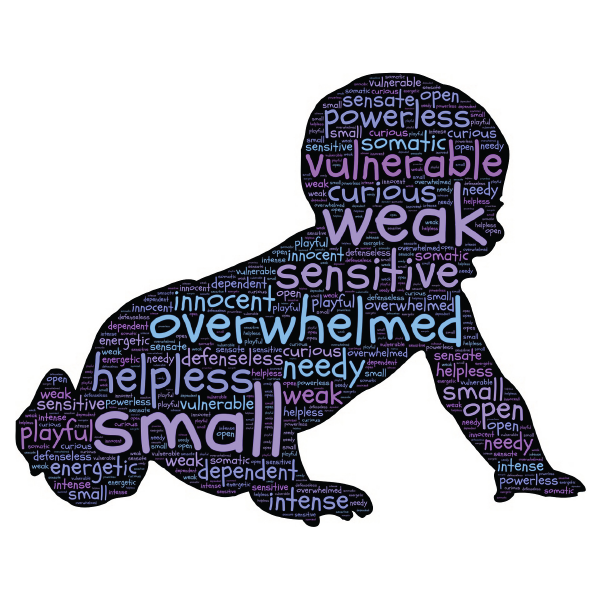 Summary: Mahler describes a series of stages occurring within the first three years of life aimed at the developmental goal of Separation and Individuation.

Mahler is regarded as one of the main contributors to the field of ‘ego psychology’, a school of thought which evolved from Sigmund Freud’s Structural Model (id-ego-superego). Her aim was not to develop a novel theory, but to broaden the scope of pre-existing theories. Her studies focus primarily on mother-infant interactions within the first three years of life[1][2], thereby filling a void in psychodynamic stage theories, such as Freud’s psychosexual stages of development, and Erikson’s psychosocial stages of development. Although this article will refer to mother-infant relations, the theory holds true for any primary caregiver.

According to Mahler, successful completion of the developmental stages in the first few years of life results in separation and individuation. Separation refers to an internal process of mental separation from the mother, while individuation refers to a developing self concept. Although interrelated, it is possible for one to develop more than the other, largely depending on the mother’s attitude towards the child[3].

At the very beginning of life, the infant is primarily focused on himself/herself, uninterested in external stimuli. The mother is viewed as an intrinsic part of the infant, devoid of a separate existence. The primary goal at this point, is to achieve a state of equilibrium, while lacking the understanding that the satisfaction of needs may come from an external source.

At this phase, the infant vaguely acknowledges the mother’s existence, not as a unique entity, but as the main source of need-satisfaction. The fulfilment of the infant’s physiological needs becomes intertwined with psychological desires and thus serves as the basis upon which future relationships will be formed. Crucial to successful progression through the next stages are the availability and the ability of the mother to adapt successfully to the infant’s needs.

3a: Differentiation/Hatching: (5-9 months) The infant’s primary focus begins to transform from internally focused to externally focused, although the primary point of reference continues to be the mother. This internal process is exemplified by milestones in motor development which physically allow increased separation, such as crawling. The infant becomes increasingly interested in discovering his mother (e.g. how she looks or smells) rather than trying to become symbiotically unified with her.

3b: Practicing: (9-14 months) Capacity for separation continues to develop with increased autonomous functions, particularly walking. Although able to explore freely, the child still regards the mother as unified with him/her and thus explores his/her surroundings while keeping within an optimal distance. The child’s experience of the world he or she discovers is influenced by the mother’s reactions and by her availability to sooth when experiences may be frightening or painful.

3c: Rapprochement: (14-24 months) At this point the child’s desire to achieve independence is marred by a fear of abandonment. Therefore, the child seeks to maintain proximity to the caretaker while engaging in exploration. This stage is essential to the development of a stable sense of self. This includes three sub- stages:

3d: Object constancy: (24+ months) Successful completion of this phase marks the development of an internalized mental model of the mother, which unconsciously accompanies and supports the child even when they are physically separated. In addition, a sense of individuality begins to develop. The degree of ambivalence in the internalized model implicates the formation of a healthy self concept and self-confidence.