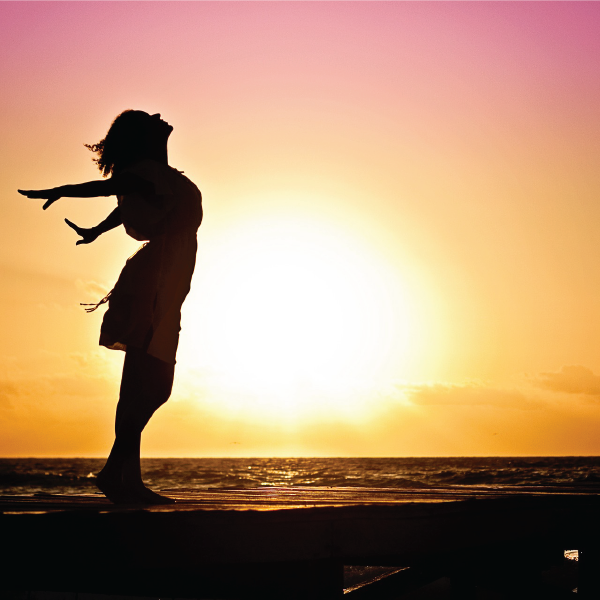 Summary: Positive psychology is the study of happiness, flourishing, and what makes life worth living.  Seligman points to five factors as leading to well-being  — positive emotion, engagement, relationships, meaning and purpose, and accomplishment.

Positive psychology, initiated by Seligman, is the term given to a collection of studies aimed at researching what makes life worth living[1]. Positive psychology aims to gain a deeper understanding of positive emotions, positive traits, and positive institutions. Over the years, the field of psychology has largely focused on analyzing mental disorders and human suffering. Happiness was regarded simply as an absence of suffering, but had never been actually studied in depth. Seligman’s aim, influenced by humanistic psychology, was not to replace traditional psychology, but to build a more complete picture of human experience. This shifted the main premise of psychology from analyzing psychological issues, to analyzing mental health and happiness to its basic components.

Since its inception, positive psychology has spurred research in a variety of areas, such as happiness, optimism, self- esteem, well-being, motivation, flow, strengths and virtues, hope, resilience, mindfulness, and positive thinking. Specifically, there is a focus on three areas of positive experiences: the past (well-being and satisfaction) the present (happiness and flow) and the future (hope and optimism). These fields of research formed the basis for positive interventions, to increase happiness and well-being. These interventions have been applied in a variety of settings, such as education, human resources, organizational functioning, therapy, career counseling, and health. The following sections will discuss the core concepts of the theory.

The pleasant life: This refers to feeling positive emotions in the most intuitive way, of feeling pleasant sensations. For example, eating ice cream because it tastes good, or riding a roller coaster because it’s fun. Gaining happiness at this level necessitates relatively little effort.

The engaged life: Engagement is characterized by flow. Flow refers to the experience of completely loosing oneself in an activity[3]. Individuals become totally absorbed in what they are doing and lose track of time. They are not thinking, but in essence unified with what they are doing. Individuals could experience this in many activities, such as at work, dancing, playing baseball, or even solving a crossword puzzle.

In order for flow to occur, the person has to be using their signature character strengths, and usually there has to be some sort of challenge, but not too big of a challenge. Usually, activities with clear goals and feedback will cause more flow. Flow causes an inner motivation and intrinsic reward. As opposed to the pleasant life, this form of happiness necessitates more effort. Being in flow invigorates the person, filling one with positive energy.

The meaningful life: However engaging flow activities may be, they can be utterly meaningless and fill a person with a void after some time. For example, after being absorbed in a puzzle and finishing it, one can still feel like there life is worthless. In order to feel meaning, people have to be engaged in something that serves a goal beyond themselves, such as in religion, politics, or family.

Following criticism of his “Authentic Happiness Theory,” Seligman made alterations to it and came up with the “Well-being Theory.” As opposed to the goal of achieving happiness, this theory emphasizes the goal of reaching well-being. After all, people are motivated to do many things in life that do not necessarily increase happiness at the present moment. The classic example for this is having children. Parents to children often report less happiness at the present, but higher overall well-being.

Seligman describes five factors of well-being: positive emotion, engagement, relationships, meaning and purpose, and accomplishment (PERMA). As opposed to the previous theory, where character strengths were relevant only for engagement, here character strengths are relevant in order to maximize well being felt from each factor. Maximum well-being leads to a state of flourishing. Flourishing is described as a state of thriving, of being full of vitality, and prospering as individuals and as a group.

Character strengths and virtues are the building blocks of flow, happiness, and well-being. There are six universal virtues: wisdom, courage, humanity, justice, temperance, transcendence. Each virtue includes four character strengths, as listed in the table below. A strength is described as something one is naturally good at, and enjoys engaging in. As opposed to talents, strengths necessitate effort, and are developed throughout life. When people recognize their strengths and use them for at something they value, it makes them feel empowered. The VIA (values in action) is a common tool used to assess strengths[4].