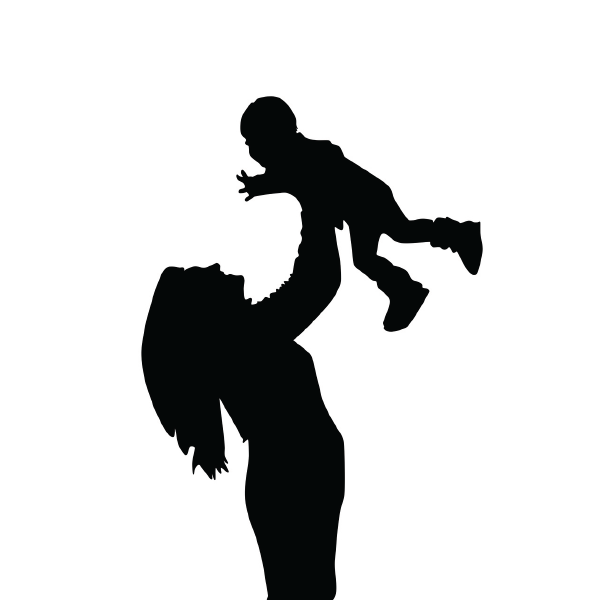 Summary: Attachment theory emphasizes the importance of a secure and trusting mother-infant bond on development and well-being.

Attachment is described as a long lasting psychological connection with a meaningful person that causes pleasure while interacting and soothes in times of stress. The quality of attachment has a critical effect on development, and has been linked to various aspects of positive functioning, such as psychological well-being[1].

Bowlby began his journey to attachment theory through research he conducted on child delinquents and hospitalized children. These studies led him to discuss the negative effects of maternal deprivation, the situation in which the mother was either non responsive or absent for long spans of time within the child’s first two years of life. Bowlby believed that children have an innate need to develop a close relationship with one main figure, usually the mother. When this does not occur, it has negative consequences on development, causing a decline in intelligence, depression, aggression, delinquency, and affectionless psychopathy (a situation in which one is not concerned about the feelings of others)[2].

Following the above conclusions regarding maternal deprivation, Bowlby sought to develop a theory which would support and explain his results. He felt that existing theories on attachment from psychoanalytic and behavioral fields were detached from reality and not up to date, thus he began reading into and corresponding with current researchers in the fields of biology and ethology. One study which was particularly influential on attachment theory was conducted by Harlow & Zimmerman in 1959[3]. In this study, monkeys were separated from their mothers and put into cages with “surrogate mothers”. One “mother” was made out of wire with an attached bottle, while the other was coated with cloth. The study’s results showed that monkeys chose the cloth mother over the wire mother, even though she did not offer food. These results stand in contrast to classic approaches to attachment which believed that the goal of attachment was the fulfillment of needs, particularly feeding. Bowlby developed his theory on the basis of these results, claiming attachment to be an intrinsic need for an emotional bond with one’s mother, extending beyond the need to be fed. He believed this to be an evolved need, where a strong emotional bond with one’s mother increases chances of survival.

Preattachment (newborn-6 weeks): Newborn infants know to act in such a way that attracts adults, such as crying, smiling, cooing, and making eye contact. Although not attached to their mothers yet, they are soothed by the presence of others.

Attachment in making (6 weeks- 6 to 8 months): Infants begins to develop a sense of trust in their mothers, in that they can depend on her in times of need. They are soothed more quickly by their mother, and smile more often next to her.

Clear cut attachment (6 to 8 months- 18 months to 2 years): Attachment is established. The infant prefers his mother over anyone else, and experiences separation anxiety when she leaves. The intensity of separation anxiety is influenced by the infant’s temperament and the way in which caregivers respond and soothe the infant.

Formation of reciprocal relationship (18 months- to years +): As language develops, separation anxiety declines. The infant can now understand when his mother is leaving and when she will be coming back. In addition, a sense of security has developed, in that even when his mother is not physically there, he knows she is always there for him. Bowlby called this sense of security an internal working model.

Bowlby’s attachment theory was tested using the `strange situation`. Children’s responses to their mother’s presence and absence, and that of a stranger, were recorded[4]. These results served as the basis for the formulation of attachment styles.

Secure attachment– Children who have developed secure attachment feel secure and happy, and are eager to explore their surroundings. They know they could trust their mother to be there for them. Although distressed at their mother’s absence, they are assured she will return. The mother’s behavior is consistent and sensitive to the needs of her child.

Anxious avoidant insecure attachment: Children who have developed an anxious avoidant insecure attachment do not trust their mother to fulfill their needs. They act indifferent to their mother’s presence or absence, but are anxious inside. They are not explorative, and are emotionally distant. The mother’s behavior is disengaged from her child and emotionally distant.

Anxious resistant insecure (ambivalent) attachment– Children who have developed anxious resistant insecure attachment show a mixture of anger and helplessness towards their mother. They acts passively, and feel insecure. Experience has taught them that they cannot rely on their mother. The mother’s behavior is inconsistent. At times she is responsive and at times neglects her child.

Disorganized/disoriented attachment- Children who do not fit into the other categories are included in this fourth form of attachment. These children could act depressed, angry, passive, or apathetical. Their mothers could act in varying extremes, such as swaying between passivity and aggression or being scared and actually being scary.