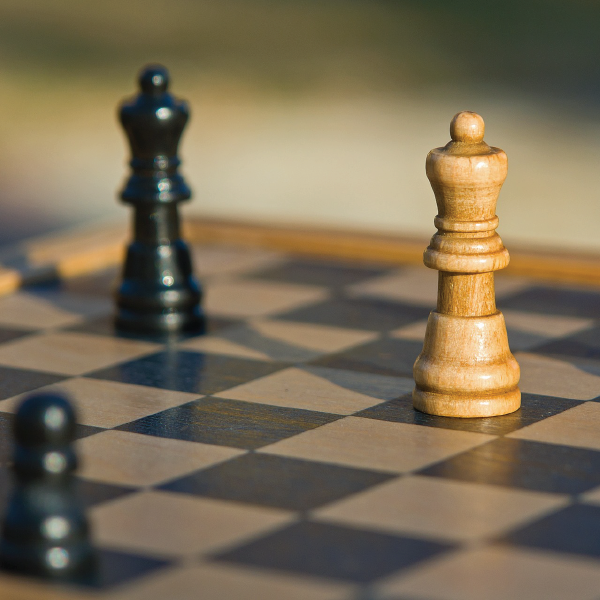 Summary: Dopamine plays a role in motivation, and this role is important to understand in the context of game design. Understanding how dopamine motivates can help game designers produce games that are interesting, effective, and ethical.

Originators and Key Contributors: Henry Chase and Luke Clark presented a study in 2010 that suggested that dopamine was not linked to pleasure as previously understood. By studying groups of gamblers, they found that release of dopamine occurred whether there was a stressful situation presented or a rewarding one[1]. In 2012, a team of Vanderbilt researchers published a study with influential repercussions on our understanding of dopamine and its relationship to motivation. They found a difference in dopamine’s effects based on which areas of the brain expressed higher levels of it[2].

Our current scientific knowledge acknowledges the significant role that dopamine plays with motivation[3]. Dopamine can have opposing effects in different areas of the brain–its effects rely greatly on what neural pathway dopamine is operating in. The mesolimbic pathway in the brain is the most important for predicting rewards, and is therefore crucial for motivation. One of the stops on the mesolimbic pathway is the nucleus accumbens, which registers increased dopamine levels and helps the brain recognize when something important is going to happen. Whether this important event is good or bad does not matter — whatever it is, the nucleus accumbens triggers motivation for us to do something about it. It has this motivating effect on us whether we’re about to eat a delicious meal or we’re undergoing a particularly stressful situation. Dopamine operating in the mesolimbic pathway compels us to act either to avoid something bad or to work towards something good.

So we now know that just because something activates dopamine does not mean that it is something we find pleasurable. We have found a more accurate portrayal of dopamine, in which it plays a central role in regulating our motivations for pursuing rewards or avoiding consequences. What does this have to do with games and motivation? Whereas before we might have understood game addiction with the assumption that dopamine released during the course of playing a game gives the player pleasure, we now understand that pleasure really may or may not involved. Dopamine does get released when, as we are playing a game, we expect a reward or anything of consequence. The release of dopamine compels us to play, whether we want to or not.

Studies have shown that dopamine activity in the nucleus accumbens is the same whether roulette players win or have a near-miss[1]. The release of dopamine every time the player wins or goes through the close-stakes experience of nearly losing motivates the player to keep trying, to take another chance. This kind of encouragement might be beneficial for a game that is based on skill, but it can be damaging when it comes to games of chance. This is partly what’s in effect when drug addicts continue seeking highs, even as they might report that they get little enjoyment from their abuse of drugs. They receive little pleasure, and yet they are compelled to try and try again.

As we can see, dopamine plays a sometimes dangerous and significant role in motivating or compelling someone to keep trying, despite the odds. Further evidence suggests that dopamine has even more influence on those who are already stressed physically and/or mentally. This presents an additional ethical complication for game designers, some of whom build games with a specific goal of capitalizing on dopamine’s motivational effects in order to keep players in the game. Games that are designed this way will likely be more captivating for those who are more vulnerable.

Is there a way to positively motivate people through games or game-centered learning and minimize any adverse effects? Sometimes games compel us to play them even if we don’t like them, and sometimes, when the game is extremely compelling, we might sink time and money into the game that we would rather not, if we only didn’t feel highly motivated to do so. Perhaps game designers can build in natural “breaks” to help break up gameplay and encourage players to do something other than play the game for hours. In an educational setting where games are used for learning, the structure of the classroom might help prevent students from being too obsessed with a game. There might be set lessons in levels within games that are completed by the end of the day, with the next day’s game and lesson reserved for the next day in school.

How can we use motivation in a positive way? It is true that games can be used to encourage learning and promote desired behaviors. Even simply playing a game recreationally and achieving small successes, and being motivated to continue on to achieve bigger and bigger successes incrementally, might boost self-esteem and foster feelings of mastery and confidence. Because games tend to build successes incrementally, a player might be surprised to find that what once seemed impossible gets easier and easier as they build their skills and level up each time. Students can use games to help achieve certain goals, such as learning another language or studying to get an “A” in math class. By understanding the role of dopamine in motivation, a game designer can try to build a game with rewards and risks that make sense and that motivates a student to continue on, level after level, getting closer to the ultimate goal– perhaps mastery of Spanish or French[4].